whens it slated to open??

Im hoping 2008, I see the Ravens play in Indy in 08, and nothing would be sweeter than to walk in there and leave our Bird droppings all over M&T West and slip out with a victory.

Just a little tid bit, we are responsible for Pittsvilles, Tennessee's and Denvers 1st losses in their new homes..

Opens in 2008 so you'll at least get your wish to see the Ravens at the Colts new digs. Don't count on the win, though, John. Any "bird droppings" (and I can image quite a few of them) will slide off in the Lucas Oil environment.

Funny you mention that Cravn.......last night I happened to be checking the cam pic of the new stadium that they update about every 15 minutes just to see how it looks.

Of course it was night time so I didn't get to see much.

Am I the only Colts fan here that bought a Walk of Fame brick for the new place????

They are supposed to send me a copy brick too but I haven't got it yet so I better call em up........hell I ordered mine before the SB!!

It's coming along very nicely.. I know quite a few guys working on the Stadium right now...

I don't do much of the big work like i used too when I was younger..(circle center mall, NCAA Hall of champions, Conseco Fieldhouse etc...)
I tend to stick to the very high end stuff now-a-days... (we just finished Kasey Kahnes new garage and will be starting Tony Stewerts and Kenny Bernsteins new digs by the end of the summer..) Money is NO OBJECT to these guys and they get the very best of everything in those places... You'd be AMAZED at how lavish they are..

Hel Magic I'll see if I can get you one of the real bricks from the stadium... I don't know if any of the masons I know are working there right now though... Most of my guys are at the new Airport right now..

Hel Magic I'll see if I can get you one of the real bricks from the stadium... I don't know if any of the masons I know are working there right now though... Most of my guys are at the new Airport right now..

THAT would be very nice

You know how I love doing concrete and brick work around here and that would be a nice addition down at the gate project I am doing right now.

My new gate I had made for my birthday (just days before the SB) weighs over 750lbs so I am having to build a 1 ton concrete addition to the main gate pillar to supporrt it and add a power supply down there for the motor of the future and the security system.

You can get a friend to do the "No Cravn's Allowed"

Magic, any time you want, Ill do the Ray dance for ya 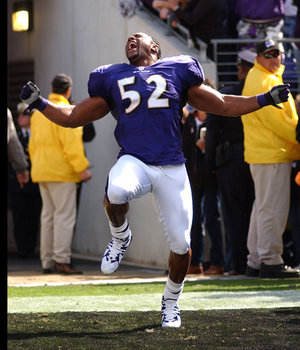 Magic, any time you want, Ill do the Ray dance for ya

Now I will expect to see you get some tv time next season doing that Ray Dance!!