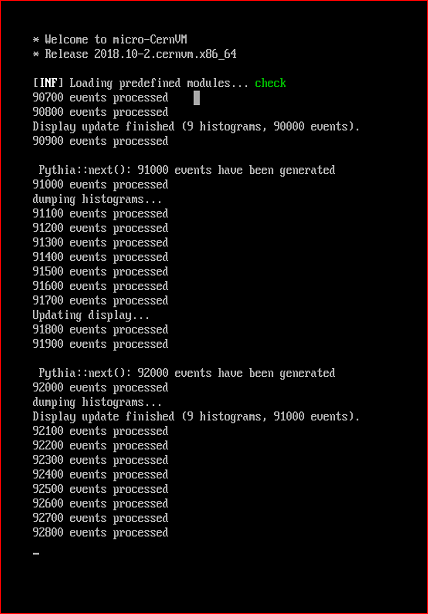 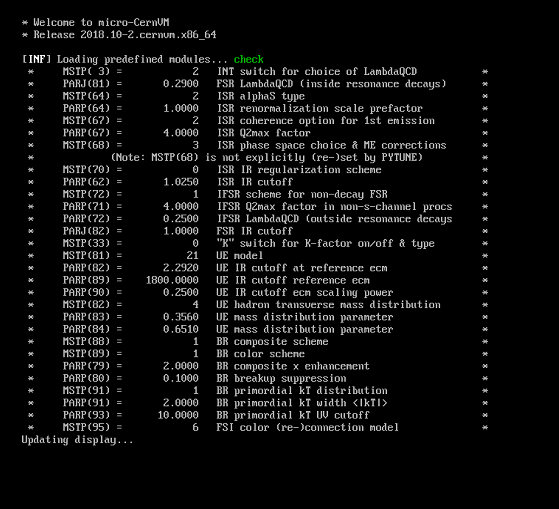 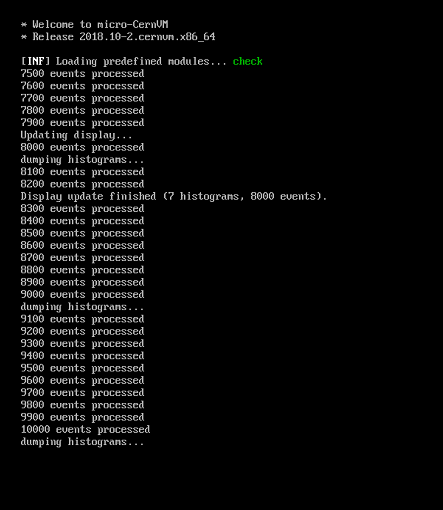 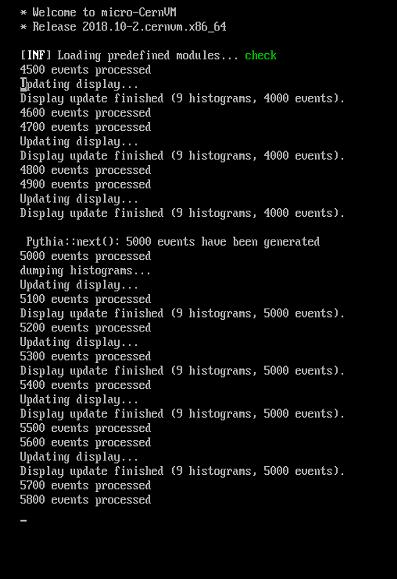 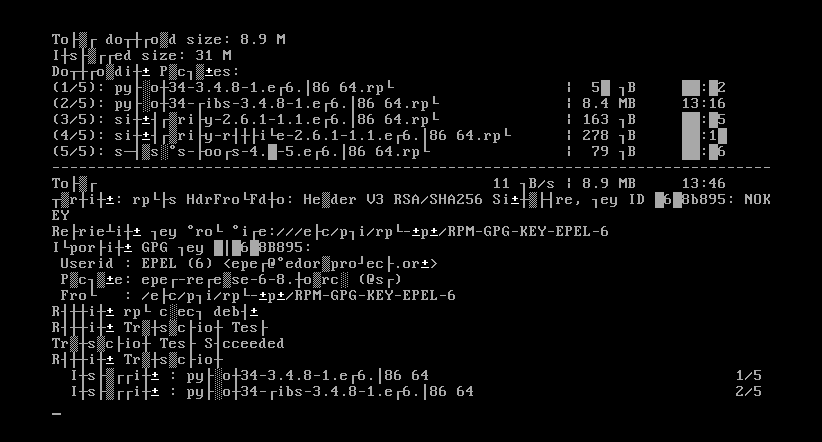 Some fucking dipshit neighbor had leprechaun balloons fly up into the power lines and shut down a main transformer so we all lost power......of course I am the only one around here running 10 computers 24/7 for CERN so all the usual crap happened but 9 of 10 booted back up and actually didn't lose all the hours of data. 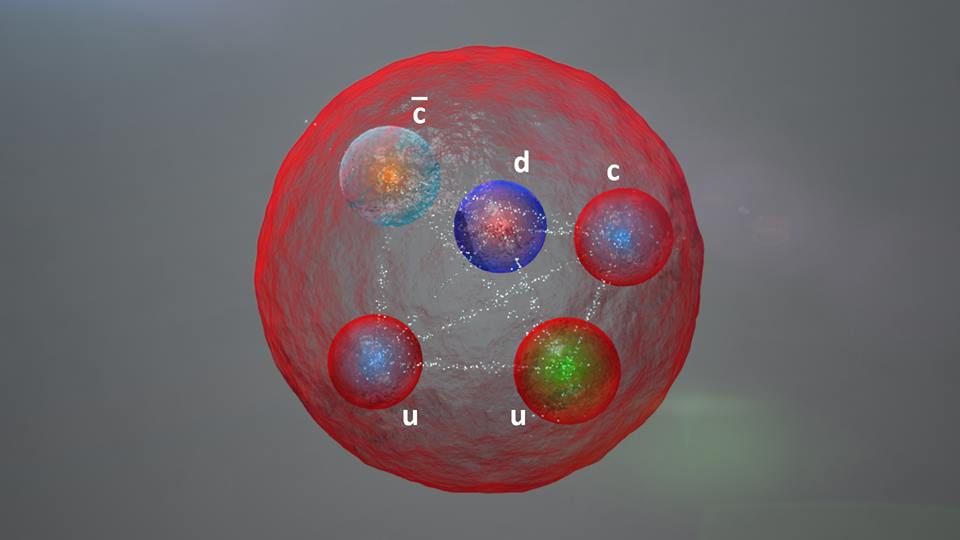 LHCb at CERN finding the proof of the Pentaquark

I think the problem is that the blue u and the blue c are transposed... move the u to the c and vice versa and voila!

I'm tellin' ya... they look a lot alike. Easy mistake. They're mis-identified.

Somewhere, sometime down the road an astro-physicist somewhere is going to realize I was right and refer to me as a genius.

This is one of the Exotic hadrons  subatomic particles composed of quarks and gluons, but which - unlike "well-known" hadrons such as protons , neutrons and mesons consist of more than three valence quarks.

In theory, there is no limit on the number of quarks in a hadron, as long as the hadron's color charge is white, or color-neutral

is the predicted anti-quark 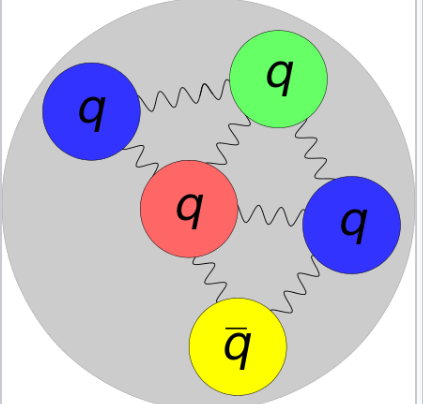