It's that time of year again at the
Bookie Challenge®©™

(better do this before the power goes out)

And the Cowboys have Froot Loops for dinner tonight 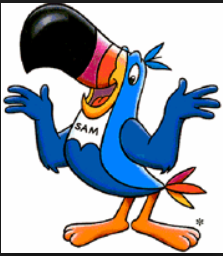 Two quick points for some of us here

Harbaugh screwed the pooch this time. Start of 4th quarter .. Should have put Flacco in after halftime as Raven's have negative yards passing. Crowd pissed and boing but it's too late to change QB's now as not to cause a controversy for next year, not that Flacco will be there. Harbaugh chose to lose this game so as not to disrupt the future but the problem is this kid can't pass so still not sure he's the long term answer ..
------------------
Okay, now the game is over Harbaugh can breath easier with his young QB BUT, if the kid doesn't learn how to hang onto the football it won't matter. Maybe he should use fingernail extenders

Flake-O is just as good when it comes to fumbles

Glad to see the Ravens and Seatoucans gone until next september

THE kAMAKAZE KID HAS WON 11 STRAIGHT. LOTS OF $ IF HE BET LAS VEGAS

Every season I think "now I have seen it all" but once again........never seen refs and replays as strange as that catch on the 5 and then the fumble that was recovered by a ref and then after review they decided to say it never happened.

After watching 12 hours of football I get 3 frickin' points

College football kinda cleaned me out this year though