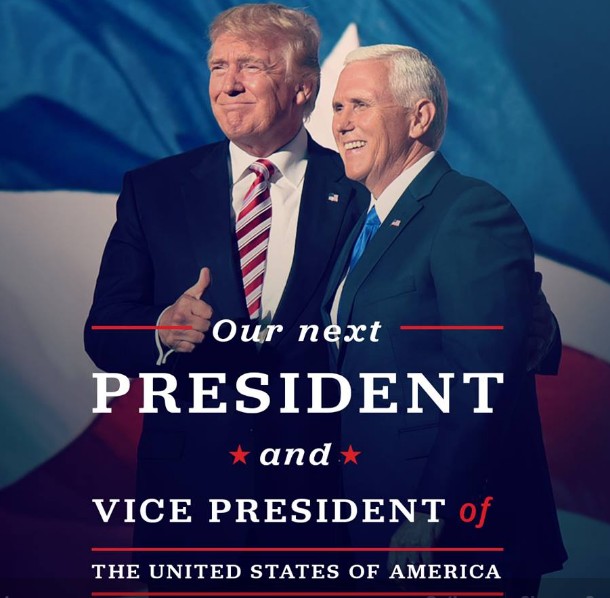 He's finally showing some reservation. I think he's overwhelmed with the responsibility that lies before him, right now.

I watched the 60 Minutes interview last night and was stunned by the lack of respect Leslie Stahl showed our President elect. She kept interrupting him and mocking.
She asked questions of national security, them pressed him for answers when he said, "I won't answer that." His comment, after several irritating attepmts, "I'll tell you the next time we sit for a 60 Minutes interview." (That will be never.)

Leslie, you're 74 years old. Stop trying to look 30-something. You're interviewing the President-elect of the United States of America.

I watched that too and Leslie Stahl was a left-wing bitch.........and most people would have got up and left soon after it started.

I hope Reince Priebus advises him to NOT do another one of those interviews with well known clowns.

SHE acted like she was one of those street protesters aka jackasses who block the streets with their BS and commit crimes and end up not getting in any trouble.

AND then she tries to tell him that his voters all went around doing KKK and nazi shit and attacking those poor lil illegal aliens and other Hillary voters who think the Gov should pay them to live here.

FACT is the RIGHT never does that crap.

After Hussein Obama was elected twice how many times did you see conservative protesters on the streets?

Plenty of videos showing just wtf we have protesting and wtf they are saying.........I sure as hell would not go to downtown Indy

Hell I didn't feel safe back when I was there walking around before and after those games and the wife didn't like that and thought I would get jumped so one of those ______ could steal that $300 Colts jacket I had just bought.

Of course the left would say I am one of those evil conservatives and I know Mexicans in Texas blabbing how we all were born with that fucking silver spoon and how they are screwed now........FUCK THEM........one used to claim to be a friend and now every day he is calling us "Stupid White People" who wants to use those colored people and even the homosexuals as our slaves.........funny the one guy I know used to use gay jokes all the time in an argument but NOW they are another part of that "colored race card"

I am glad as I can be that I live in the country and don't have too many libtards living near me and a paid for property with a no trespassing sign (it is starting to suck here with weed stores all over and the owners are from back your direction and in fact we have 3 stores in fucking CHIMACUM and one guy is here from Pennsylvania,

So around the area in the middle of nowhere we now have about 5 weed stores and then in town aka Port Townsend where our bigger stores and banks are there are several weed stores and idiot unemployed 21st century hippies doing nothing but live off of tax payers and smoking weed all day and booze and drugs and crimes........and HELL this is the fucking Olympic Peninsula.........not Seattle or any other place with millions of people.........we are fucked here since Washington State has been run by left-wing loons since I was in HS.

I used to wish I lived in the future just to see the future in the science world BUT this BS is going on around the world and once the USA gets like this it will only get worse and NEVER better even if Trump got 12 Roosevelt years in office and he replaced EVERY Supreme Court Justice........since they will either live off of people who worked until retirement paying taxes on time all those years (like you ) OR they will just make left-wing crime a business........which means your children and grand children will be robbed in the future and it will be just another typical day in the good old USA.

I just wish you'd tell us what you really think, Bill.

Us white guys and our "silver spoons"

They came there from Connecticut

The guy gutted the schools here. Was run out of town on rails. Went to FL and was forced to resign there too. If he gets in... there will be major cuts to education. Kinda the exact opposite of what we need.

Bump...for all the fucking snowflakes and participation trophy pussies

Perhaps time for a reality check. As a #NoTrump'er who was willing to give the man a chance to show he could at least be Presidential. . . IMHO, the man is totally out of his realm and in over that thing on his head. He can't even manage to put together an effective staff of minions in the White House. Gonna be a long and trying 4 years...if he survives it.

BlueShoes1 wrote:Perhaps time for a reality check.  As a #NoTrump'er who was willing to give the man a chance to show he could at least be Presidential. . . IMHO, the man is totally out of his realm and in over that thing on his head.  He can't even manage to put together an effective staff of minions in the White House.  Gonna be a long and trying 4 years...if he survives it.

Who told you that?

One of 3 things is likely gonna happen to the man...stroke, heart attack, or impeachment. Or, perhaps, he'll go totally insane when he discovers he's not a dictator.

Didn't you say that about John McCain?

I predict all 3 things you mention do not happen.

You may be right, Bill, because as he told us, his administration is like a "fine-tuned machine". I don't think I've ever seen a shallower human being than Drumpf.

I remember one and his name is Hussein Obama

Maybe Trump needs a Nobel Prize to start off his first month in office.