Probably dreaming about figuring out how to hook up the cables and springs to the new Edelbrock  carb I got to replace the Holley that I put on there just about the same time as I met the wife...........it bolted right up and runs........but I can't drive it yet since as you know......you have to step on the gas pedal if you want to drive down the road

Holley and Edelbrock are not the same so.....as soon as the Sun hits the truck I will see if I can rig it up and maybe drive to the parts store for nuts and bolts and springs that will work better.

All this started because on saturday the lumber store is having the sale on the wood pellets to heat the house 8 months of the year ($169 per ton and I'm getting 3 tons so add the $352 for the carb.........sheesh)

Yesterday when I fired it up to back out of the garage for the first time this year.......hell I don't remember the last time,

So I back it out of the building and it is idling fine and I look under the hood and see about 3 cups of gasoline sitting on top of the fancy hi-rise intake manifold as it is running out of all parts of the Holley carb......YET still running perfect!

Called the parts store in town (40 mile round trip and I ummm....went over the speed limit a couple times

I race to town and go inside OReillys and wtf....no dumb broad but a room with 5 biker looking guys all with the same biker type beards......who were probably amazed seeing my beard since it makes Duck Dynasty look like rookies

Anyway I got back home and faster than I thought this guy who rather not ever work on cars these days (I did enough of that shit) I removed the old one and installed the new one and fired her up.....then the wife yells "15 minutes until kickoff" so I run up to the house and wash most of the gasoline off me and upstairs to pick the thursday game and back down to watch........and it turned out as I predicted.......so at halftime I had to take pictures of my new car project (I tend to take pictures for some reason) 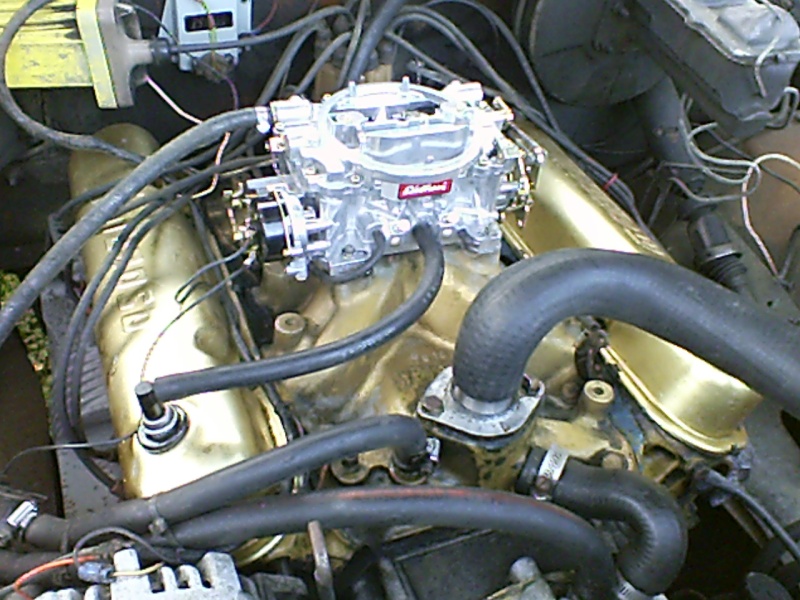 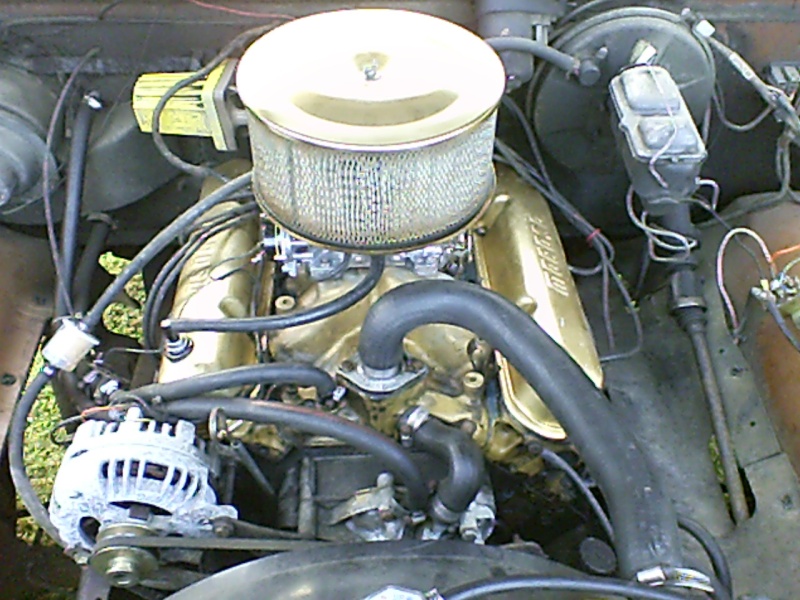 Well I hauled home 75 bags of those wood pellets today and just my luck when I go to get 25 more to make it 2 tons in one day the truck stops running as I stop at the post office so I open the hood and I see NO. gas in the fuel filter.........turns out that filter that came with the carb FAILED

Why don't you get the mill to deliver that shit

cravnravn wrote:Why don't you get the mill to deliver that shit

This place only has the sale once a year on a saturday and it is about 12 miles away and no hills to climb.

Funny thing is when I stopped to by gas the guy in front of me says "Hi Bill".......I had no idea who it was.......but after he started talking I recognized his voice and it is a guy I haven't seen for about 20 years and he is part of the reason I have that 4X4

He was always a Ford truck collector so I had to get the Dodge and back in 1976 I got a 1967 T-Bird from him with a new 428 and I traded that for the brand new 1976 Dodge Power Wagon.....days later the T-Bird was picked up from the mechanic that installed that new 428 and when it got to the new owners house it BURNED TO THE GROUND with that new 428 and new black paint job

Glad I had the truck.