On Monday, CBS football analyst Phil Simms announced he is not planning to use the term ‘Redskins’ on air this year. The only problem? He is set to call the Thursday night Redskins/Giants game in September.

“My very first thought is it will be ‘Washington’ the whole game,” Simms told The Associated Press. “I never really thought about it, and then it came up and it made me think about it… There are a lot of things that can come up in a broadcast, and I am sensitive to this.”

Simms offers color commentary for CBS and his play-by-play counterpart, Jim Nantz, does not intend to follow his lead. According to the AP, Nantz said it is “not my job to take a stance.”

Over on NBC, Super Bowl-winning coach Tony Dungy is following Simms’ lead. Unlike Simms, however, Dungy will most likely not call a Redskins game this season."

These people are killing me with this shit, hell They are still the Baltimore Bullets, I swear it was last season when I heard an announcer call the Colts, Baltimore.. 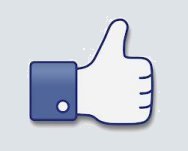 (and only talk about the game instead of pulling a *Costas*)