Well well well.......it turns out her shananigans, her corruption and her tyrannical abuse are too much for her to manage in the aftermath.


Well see if Holder will do a better job following HIS own shananigan, corruption and tyrannical abuse.

Yes, Cravn.......forword to our destiny, according to the foreknowledge of God.


Not of this world, but of the Greater.

I corrected the mis-spell of "foreword"

Google the definition of "foreword".

I'm beginning to look beyond the federal government........beyond Obama.

I'm beginning to look at the source of the corruption.

Well, I do dare to say

I fear them not.


I fear the world not

I fear but the Lord

We've been at War since the first
Bush was in office.


It took Barry to end it

Cravn has Barry on the brain

Not looking good for Obama:


I know it's not a surprise to anyone, but I was one of the first people the IRS targeted back in 2010.

At that time, I had an auto-pay set up with the IRS each month to pay my back-taxes. There wasn't any problem.

But then after my posts on the GOPUSA message board in March, 2010, after Obamacare was rammed through, the IRS secrectly stopped taking those auto-payments out of my checking account, thus making me delinquent, resulting in the Notice of Intent to Levy letters being sent to me.

Since it was a planned attack against me by the IRS, they never said a word to me that they were no longer taking payments out of my checking account.


So I'm one of their first victims........a government that is completely corrupt and tyrannical.


Impeach that Opuppet and lock up all those crooks.

Btw more of our military have been killed since Opuppet was elected than when GW was President.

Holder is a Federal crook.

Obama saying he knows nothing about anything that happens other than faking like he killed Osama.

All his party is full of money stealing crooks.

Obama putting it in a huge tank under Lake Michigan so he can sell it after he is impeached???

We got no oil and we end up giving those sand countries billions of taxpayer money to put in the leaders own pockets of those dresses they wear.

Glad you enjoy paying these clowns.

But now they say they will get billions of dollars for this sale.

Senator Feinstein and her husband, Richard Blum, thats who. 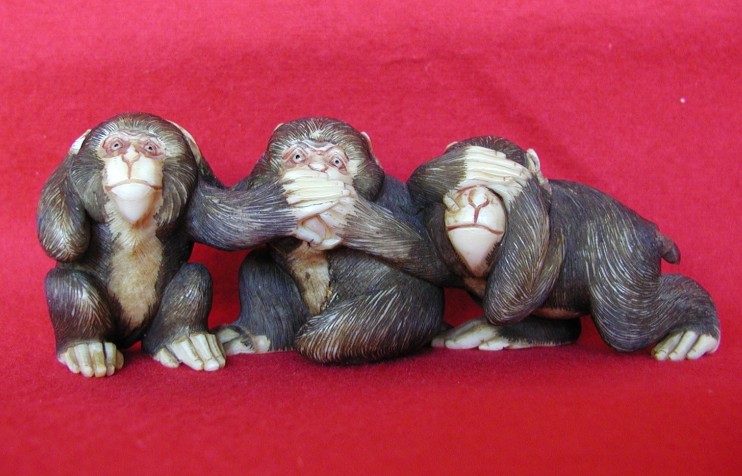 They make President Richard Milhouse Nixon look like a saint.

If Hussein Obama was 100% white he would already be in front of the Senate being impeached.

But I can see the left-wing race card being pulled already.

You keep paying these fuckin' crooks because all I have to pay is my property taxes.

If Hussein Obama was 100% white he would already be in front of the Senate being impeached.

Yep, that is the ONLY reason he is still in office. Same thing with Holder.


These democrats are extremely overtly corrupt.


Actually, there are some other reasons he's still in office.....the behind the scenes power structure, for example. In other words......money.

I'm not saying I disregard the federal government, including Obama.


I love my Country, and it's form of Government.


And I will find you

In both their bank accounts, in the Cayman Islands, so they can duck, paying US Taxes

Cravn, you seem to think that I've been referring to Obama.

Although he is included

In both their bank accounts, in the Cayman Islands, so they can duck, paying US Taxes

Yeah Opuppet puts his in a Nigerian bank.

Ok ya see that?

Also, I'm not saying the Player that I seek is any one person

No. The next 3 1/2 years will be trying to right the wrong doings of 8 years of Bush. And Barry won't be able to do it, he never had a chance to right it from the repubs. The only thing that will save us. Is if another democrat is voted in.

Hey!!! There's only ONE mighty_colts

And don't forget Loren Green. If we forget him, Little Joe won't take kindly to us forgetting his Pa

He was legendary in the Ponderosa as being the Slayer of Voodoo Chicks.