OK, it's a dreary, gloomy week weatherwise here in the East. Got some time on my hands, between baking Christmas cookies. Figured I'd set the record straight on my musical preferences since Lawrence Welk has been suggested as one of my all-time favorites.

Granted I'm by far the old man on this board (Is there no longer any respect for the experience and wisened advice of an elder?). You of the "me-too" generation are so ungrateful.

All this talk about Rush, Creed, Led Zeppelin, Wyclef Jean, and Cravn pushing the hillbilly stuff made me decide to set the record straight on my electic music tastes.

Here's to Elvis and the true "oldies" by the Platters, Temptations, Smokey Robinson, Brenda Lee, Pat Boone, Rick Nelson, Jim Reeves, Johnny Mathis, Buddy Holly, Del Shannon, The Drifters, Flamingos, Gene Pitney, Marty Robbins, Patsy Cline, Righteous Brothers, Roy Orbison, Sam Cooke, Sonny James, Tommy Edwards, The Skyliners, and on and on an on. The music of sock hops, teen summer dances, car radio while driving the loop around town and on the "Hi-Fi" during serious make-out sessions. You know, the 45 rpm records with the big hole in the middle? Nah, you don't remember that stuff. Today's music is all digital, scratch proof, with no labels telling you where the song was recorded. What a loss!

Onto the 70's -- my tastes ran from Jazz (Stan Getz), to rock (Bread, Frampton, CCR, The Doors). In the 80's it was laced with Fleetwood Mac ("Rumors" is one of the best albums ever) and Paul Simon (likewise, "Graceland" set a very high bar for an album). In the 90's I added James Taylor and Rod Stewart as favorites I enjoyed Celine Dion and Shania Twain (thanks to Nancy). I also enjoy the big band music from the 40's (Glenn Miller for sure).

So, there's quite a variety there but none of what I consider "noise" and no "hard rock" stuff. Lawrence Welk is not even near to making any favorite artist list of mine.

I'm going to start to try to put together my "Top 100" list of songs of all time. When I've completed that I'll post it for your reference. Might take several months to do that but I consider it one of those things to "check off" before I go to the Colts camp in the sky.

Chicago was my fave, as a matter of fact they had a reunion concert a couple of weeks ago and Direct Tv showed it all weekend, Peter Cetera can still hit the high notes.

Chicago was my first concert ever. Circa 73-ish at the Forum in L.A. In my humble opinion, Danny Seraphin is one of the most underrated drummers in the history of R&R. Wonder what happened to him? R.I.P. Terry Kath...

I was raised in the 60's and 70's, and the music then was so diverse I have an appreciation that lasts to this very day for almost every kind of music..

But a few albums stand out to this day..

Mom was a big Herb Alpert fan, ergo, me too. I've always loved the cover of this album since mom bought it, when I was freakin 4 years old!

Carly was the quintessential music babe of the time. A great musician, songwriter and the type of charms that reached out & just poked you in the eye.. 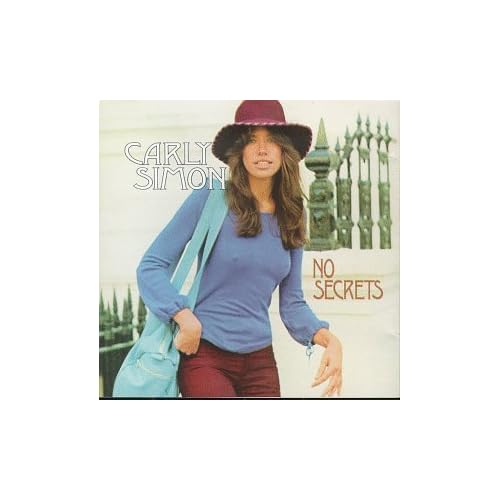 I remember turning funky in the 70's, thanks in no small part to those crazy Ohio Players..

Back then, music was such a great source of pleasure for the human ..eh.. mind.

Hawkfan must have crashed his pc since I can't believe a drummer would not have to throw in his 2.......sticks

It is the gay version of rap trash. (imagine them both walking around with their pants pulled down like rap dopes do)

Btw Blue....Smokey Robinson is one of my favorites too and I'm glad he still goes around to the casino's and sings those good old tunes.


I used to be a drummer back in the day and also used to be able to copy the voices of several of the singers from Smokey Robinson to Burton Cummings and yeah even those Rush tunes.......but I couldn't imagine playing the bass or guitar at the same time (or drums)

For some reason I lost my voice a few years ago.......bummer......not that I wanted you all to listen........but it ruins part of the fun of driving my cars every summer

Hah Ha.....I could even sound like Bunny Wailer and a few other reggae singers for some goofy reason.

I guess I could still play the drums but that would only be fun for a few minutes and they do take up lots of room.

(pay no attention to that Cravn)

It is the gay version of rap trash. (imagine them both walking around with their pants pulled down like rap dopes do)


It was a sign of the times bro..I let all types of music poision my mind, yes I was a rocker, yes I like Top 40, Yes I even liked SOME Rap, circa 1978: Sugar Hill Gang, Grand Master Flash, Run-Dmc. It was what was happening at that juncture of our lives. The nap of the 90-'s to now is for the fucking birds.

My weapon of choice now, call me fuddy duddy, I listen to talk radio, whoda thunk it, You can listen live too www.wnst.net click listen live.

But on Saturday Nights, nothing beats going out on the porch putting on the radio and listening to a little flash-back saturday night.

It is hard to get any radio stations to come in here especially if I drive to the west farther and that is what I usually do.

So it is easier to listen to talk radio with a bad signal than any music!

Most of the time all I get is KJR 950am which is a sports radio channel and espn.

Once in a while I get another AM channel doing political stuff.......good thing I don't carry a cell phone when that happens

Travolta was my forte

To coin your phrase...

The Ohio Players... oh my... I suddenly have this incredible desire to....
get sticky!

That Herb Albert album was a hit too! I had a fourth grade teacher that invited the whole class over to her apartment to watch the Wizard of OZ on TV. While there, my buddy and I saw that album cover... we thought we'd just found and seen the Holy Grail! I had a HUGE crush on our teacher from that day forward! Classic!

LMAO..One of the guys on Extreme Ravens did this, too funny

LMAO..One of the guys on Extreme Ravens did this, too funny

Hey, what does that elf chick on the left look like? She has great moves.....sexy hips

When you are making your own version, do you see her face before you paste it over with your own photo?

Tell ya what, Kurt.....picture this in your mind:

It's 1968. A 32 year old dude has just pulled up to his drive way in his new Mustang fastback. He's an old school conservative white shirt/black tie NASA guy just getting home from work.

Have a clear picture of that scene in your mind?

You walk up to this dude and say, "Hey you!! Your favorite singer, John Gary, sucks dick!! He's a homo!!"

Now......allow me to tell you exactly what this dude's response is, almost verbatim, word for word:

"How about I break your fucking jaw? Go fuck your mother, you cock sucker!!"

Yep, that's my pop!! If YOU want to tell him his favorite singer is a dick licker, you go RIGHT ahead!! Not me!! No thanks!!

DeeShopper, eh? I never spent time on the Ravens board back in the day, and I don't think she roamed the other boards, so I don't recognize the handle.

She has a cute bod, though